Lana Vail is a minor character in the Hey Arnold! TV Series. She lived in the Sunset Arms Boarding House during the first season.

Based on her accent, Lana appears to be from Southeastern Europe, and would appear to be single, as she lived alone during her stay at Sunset Arms. Her only speaking role is in "Heat", asking Arnold if a little cold air was too much to ask.

In Season 2, she was indicated to have moved out of the boarding house for reasons unknown, but continued to make occasional appearances and cameos, including in the show's theme and opening credits for the rest of it's run. She appears in the episode "Dinner for Four" where she's seen being startled by one of the cockroaches, and "Dino Checks Out" in which she attends a DinoMania concert.

Lana makes almost no appearance in the final series and was subject to speculation. Online fan 'criminy', who knew Craig Bartlett personally, asked him in a (now deleted) video about the character. The initial idea was that she would "have a crush" on Arnold, and "ask him to do favors and would make Arnold feel a little uncomfortable", according to an archived description by the interviewer. Bartlett's exact words are no longer available, and it is unknown if Lana was intended to be outright predatory or uncomfortably friendly.

Nevertheless, this concept did not make it to the final version of the character or the series, and the writers did not feel satisfied by their attempts to rewrite the character, so she was removed entirely. 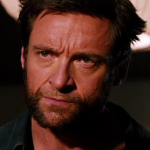