"Harold's Bar Mitzvah" is an episode of Hey Arnold!.

Harold runs away from his Bar Mitzvah, thinking he will retain his childhood this way.

The kids want to play stickball with Harold but he has to go to his Bar Mitzvah lessons. Harold is not really interested in the ceremony but only in the presents he is going to get. However Rabbi Goldberg explains to him that the Bar Mitzvah is not only about presents. It is about Harold becoming a man and taking responsibility for his actions. He shall do the right thing, help others and pray. Harold doesn't feel comfortable with these ideas. After his lessons he invites his classmates to his Bar Mitzvah on Saturday and tells them to bring many presents.

During the night, Harold has a nightmare about his Bar Mitzvah because he feels he isn't ready to be a man. On the day of the ceremony Harold decides to run away and live on Elk Island. Arnold, who runs into him on his way to the docks, is worried and follows him. Arnold catches up with Harold and tries to convince him to do the right thing and attend his Bar Mitzvah. On their way they meet a boy who has lost his mother. Harold takes him back to his mother and because of that he misses his bus. Waiting for the next bus, Harold buys himself a Mr. Fudgie. When he notices that two kids fight about a popsicle he gives them his Mr. Fudgie and then catches his bus.

On the bus an older boy threatens him with the words "Say your prayers, kiddo!", so Harold actually starts praying in Hebrew. The older boy is totally confused and backs away to the other end of the bus which at that moment reaches the last stop, the docks. Just when Harold is about to enter a boat to row over to Elk Island, Arnold explains to him that he proved today that he has learned something from the Rabbi: To bring the boy back to his mother was righteousness, to give the ice-cream was charity and he prayed when he needed help. Harold agrees with Arnold but wants to go to Elk Island nevertheless. Then Arnold says that he will go to his Bar Mitzvah anyway.

Just when Rabbi Goldberg is about to announce that Harold is not coming, Harold enters the synagogue and reads from the Torah. After the ceremony and Harold has mastered everything successfully, there is a large banquet. Then in secret Harold confesses to Arnold that the only reason for him not to go to Elk Island was that nobody wanted to rent him a boat because he was too young. However now he is proud of what he has done. During the banquet, Sid asks Harold if having a Bar Mitzvah means he can't act like a kid anymore. Just then, Stinky steals Harold's yarmulke. The episode ends with Harold crying, "Mommy! He stole my yarmulke!", showing that he still has a long way to go in terms of maturity but luckily, he ends up dancing The Horrah while Stinky gives the yarmulke back. Rabbi, Arnold, Gerald, Helga and Phoebe join in, as well. 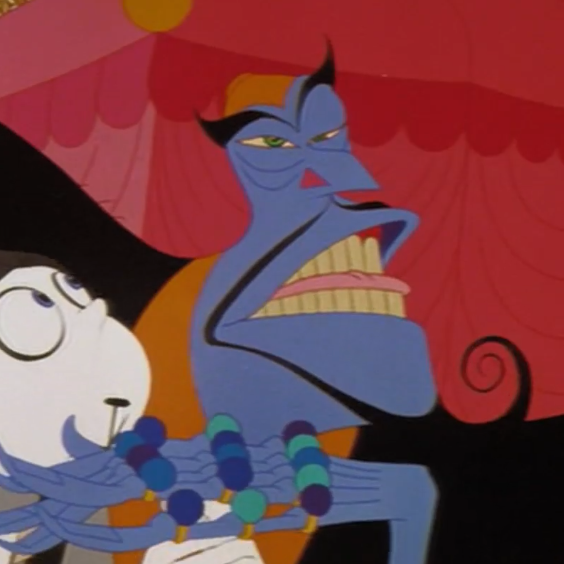 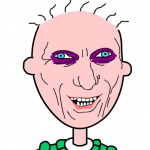