"Ghost Bride" is an episode in the Hey Arnold! TV Series.

Gerald's Ghost Bride story inspires the other boys to venture into the cemetery at night, but they may have bit off more than they could chew, because they're hunted down by two different Ghost Brides.

A group consisting of Arnold, Helga, Gerald, Harold, Stinky, Eugene, Sid and Curly is passing by the local cemetery. Sid brings up the story of the Ghost Bride. Curly wants to tell the story, but the other kids all agree that Gerald's a better storyteller, resulting in Curly putting his foot down in frustration.

Gerald begins to tell the story of a beautiful young woman who was very much in love with her fiancé and was eagerly awaiting at the church for their wedding. But when that day finally came, the groom never showed up. It's later revealed that the reason the bride's husband-to-be never arrived was because he had fallen in love with the bride's sister--and to add insult to injury, the groom and the bride's sister got married the day after the groom was supposed to marry his original bride. The following night, the angry and hurt bride went into her closet and put on her wedding dress and went down to her basement to grab a large, sharp axe. She walked 13 blocks to her sister's house and murdered her sister and brother-in-law with the axe while they were asleep in bed. When the police finally arrived, they found the bride rocking herself in a rocking chair next to their bodies, throwing rice and smiling while humming the Wedding March. She then committed suicide by jumping out the window so she couldn't be arrested, and was later buried in the city cemetery (her name's revealed to be Cynthia Snell). Every year on the night of her anniversary of the murder/suicide, the ghost bride rises from the grave and she looks for more victims.

Everyone claps for Gerald as he finishes telling the story, but Curly interjects saying that he could have told a better version of the story; he also states that Gerald left out the fact that tonight was the anniversary of the ghost bride's murder/suicide and leaves in a huff. The group all agrees to meet at sundown at the cemetery later that night. Helga asks what time the group should meet, but is told that it's a boys-only thing and that girls get scared too easy, despite Helga's tomboy-ish front. Helga is infuriated by this and rushes home. While at home, she finds a white dress and plans to pretend to be the ghost bride to scare the boys.

That night, all of the boys (with the exception of Curly) show up at the cemetery. As soon as they enter, Helga locks the door behind them. The boys check out Cynthia's gravesite, but then the sun sets and they decide to go home, thinking that the legend isn't true. When they return to the front gate, they find the locked door and panic, thinking that Cynthia Snell really has risen from the grave as her undead alter ego and picked them to be her next victims. Arnold calms everyone down and leads them to the north gate to see if it's open.

As the boys are walking through the cemetery, Harold begins to hear the wedding march song. Arnold once again tries to calm the group down, but things only get worse when Helga (as the ghost bride) stands on top of a tombstone brandishing a hammer. The group flees toward the north gate, but she already closed it and locked it. She then makes the gate shake to scare the boys even more.

While the boys are struck with fear trying to think of a way to get out of the cemetery (except Arnold and Gerald), Helga appears yet again to chase the boys away. She snickers at the fact that anyone would believe in a ghost bride. After she finishes that sentence, the sound of the wedding march is heard and the real ghost bride makes her presence known by standing on a tombstone behind Helga. She screams with terror and runs away.

She eventually catches up to the boys and admits that she disguised herself as the Ghost Bride to get back at the boys for not letting her come along with them because she was a girl, and then tells them that there's a real ghost bride. The boys are furious and don't believe her until the ghost bride appears right behind them. The whole group runs away and takes shelter in a tomb. The ghost bride continuously circles the tomb, waiting for a chance to attack. Minutes pass and Arnold decides that they should at least try to leave and get help. Gerald decides to go with him to protect him after all friends stick with their friends and he is loyal.

Arnold and Gerald leave the tomb and the ghost bride comes into view; they duck into the bushes. As the ghost bride passes, Arnold takes notice of something and follows her. The ghost bride picks up a stick that looks like a axe and begins busting the tomb door open. Just as she gets the tomb door open, Arnold walks up behind her and pulls off her veil, revealing the Ghost Bride is Curly. The group gets angry with Curly, who explains that his reason why he pulled that stunt was because he was mad at the others for saying that Curly's not as good at telling stories as Gerald is. Sid suggests that they should lock him in the tomb and leave him; everyone agrees and gang up on Curly. They then proceed to beat him up and do just what Sid suggested.

As the group is leaving the cemetery, Arnold reveals that he knew it was Curly because as he walked by, Arnold took notice of his red-and-white striped socks and remembered that Curly was wearing them earlier that day. The group leaves the cemetery and also leave Curly trapped in the tomb tied up (Arnold tells the others that he didn't think it will take long for Curly to figure that the door of the tomb only locks from the inside). The episode ends with Curly hearing the real Ghost Bride humming The Wedding March and asking if it's Helga. He then screams as the episode ends. 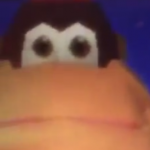 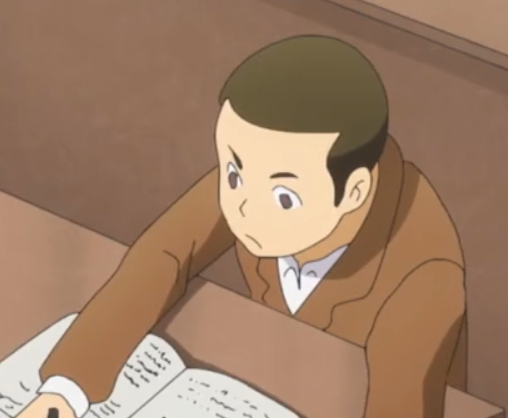